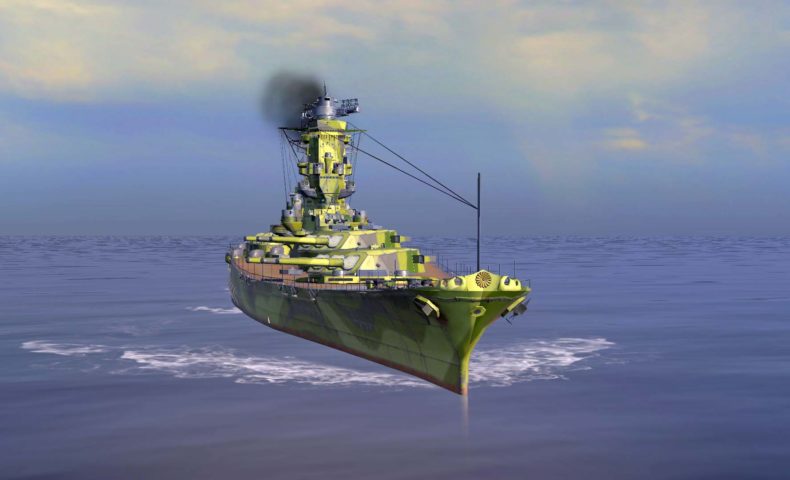 Systematically larger caliber gun is more hardly be ricochet than the smaller one.

Today, I am going to feature the battleships which boast larger caliber guns.

(This article is based on the information dated 2019 Feb 19. Game picture ⓒ Wargaming) 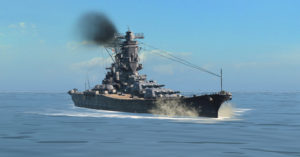 If she existed in the enemy, ally’s cruiser players were reluctant to go ahead. This is literally “Fleet in Being”.=0

Armor and larger caliber is usually tradeoff, but Yamato achieved both. This is because of the engineers’ good job and the technological advance of arc welding. 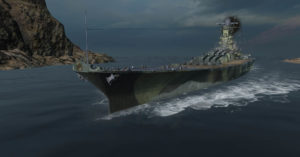 Most of you may think that Musashi will be implemented, but Tier9 seems unexpected.

But currently, You cannot get Musashi because it is deleted. 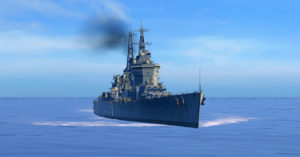 This ship is the if-ship designed by Wargaming. The namesake is the third ship of her predecessor Lion class, which was canceled.

In the 1920s, the Royal Navy planned the 457mm caliber class battleship, which Wargaming used as Tier 10 Conqueror. 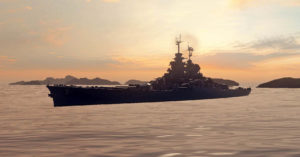 République is as well if-ship designed by Wargaming. This is because of the early surrender of France. 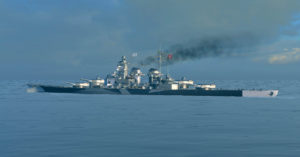 This is also if-ship, but the plan really existed which was the successor of H39 class battleship.

If artillery increase, the draft got deeper, which makes it difficult to sail in the North sea…

But the battleship would be only used at Atlantic…

Then most of the engineers transferred to the Bureau of U-boat which is deemed more significant.  This is historically what Großer Kurfürst planned like. 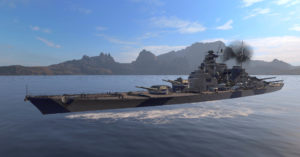 As the successor of Bismark class, this H39 class battleship is laid down its keel.

Hitler wanted more than 406mm gun in this ship, but the depth of port and its draft limited the caliber of 406mm. 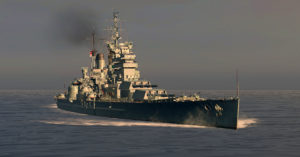 1937, as the Japanese did not sign the London naval treaty, the U.K. began construction of 406 caliber battleship.

The basic design is the same one of predecessor King George V to shorten the design time.

When the design process began, the 35000t limitation is still active, but the engineer finally found out 40000t is necessary. While they tried to detach secondary armory and catapult, the limitation is eased to 45000t.

Though, there are no dockyard in U.K. which can built 45000t class batlleship, so Lion is built as 40000t classs battleship.

But after the break of WW2, the construction is halted in order to provide resources to commerce ships.

The construction was never resumed again, and the ship is scrapped in the autumn of 1945. 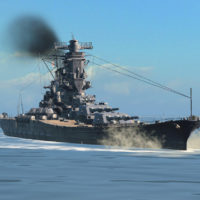 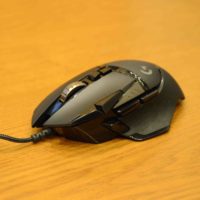