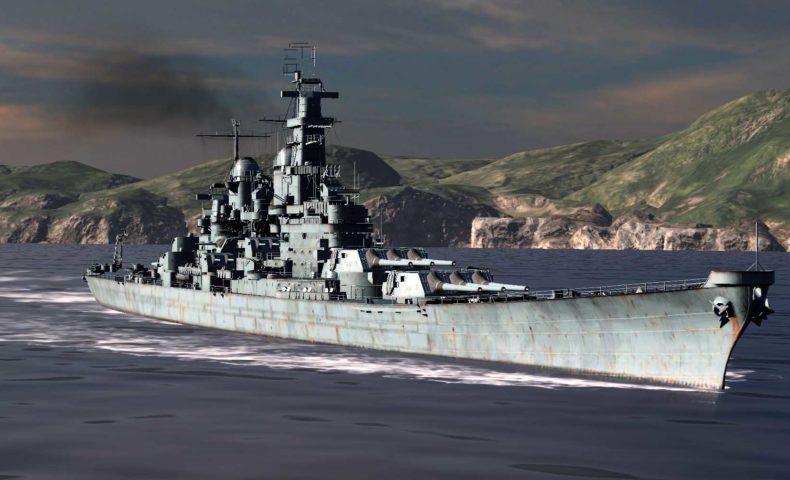 Today, I am going to share information about the fastest BBs implemented in WOWS.

Speed is always a useful thing, you can have the flexibility to transfer to another place.

On the other hand, when you face fast BBs as an opponent, you might miscalculate the distance easily.

The BBs shown below is the ships exceed 30.0 knots.

(This article is based on the information dated 2019 Jan 22nd) 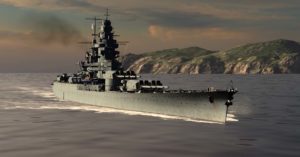 Italy began naval warfare before the outbreak of WW2. And French government approved Richelieu as the counterpart of Littorio class. 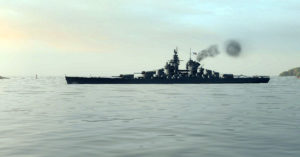 1939, French navy bureau submitted three plans as counters to H class German battleship, and this Alsace is the NO.3 proposal of the plan.

This ship wasn’t laid down historically. 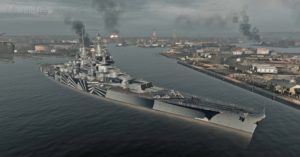 Gascogne was decreased by one turret from Richelieu. And her armor was more thickened than Richelieu.

Although this ship wasn’t laid down, due to the severe lack of material. 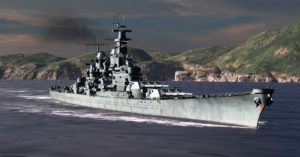 Japanese Kongo class battleship has 30.0 knots, and U.S. Navy didn’t have the battleships as fast as Kongo.

U.S. navy worried about that Kongo battleship hit CV in fleet , and run away.

The information of Yamato was kept secret successfully at that time, Iowa is approved which has faster speed than Kongo class. 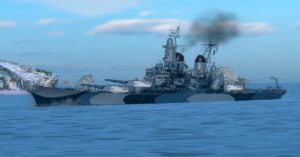 She as a fast battleship, escorted CVs which raided Japanese homeland in 1945.

About 50 years after that, she joined the Gulf war, which really makes us surprise for her longevity

In WOWS she was very popular because of her radar,  agility, her AA suit.

But she is temporally deleted from U.S. ship list. 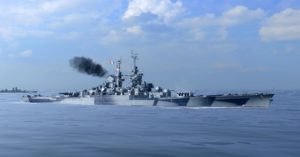 This ship is fictional BB designed by Wargaming.

Wargaming says her secondary and AA is the one used historically. 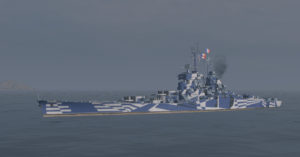 She changed her position two times as the allies → the axis → the allies. 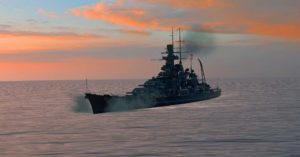 At the beginning of the WW2, she joined campaigns with her sister ship Scharnhorst.

At the beginning of 1942, she and Scharnhorst returned from France to German through English channel in the daytime, which ended up successfully.

After that U.K. conducted air raid against her, and Hitler ordered to halt the repair while repairing.

Finally, she scuttled as a blockship at Gdynia. 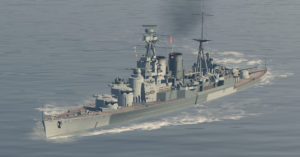 She has 24 boiler in her hull. amazing. Her top speed was the fastest one throughout the world when commissioned.

Although she was a gas guzzler when cruising at top speed. 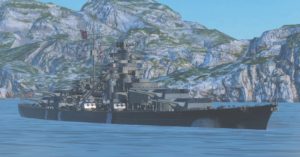 She fighted against Royal Navy with Prinz Eugen.

The counterpart is battleship Prince of Wales and battlecruiser Hood.

Bismark shelled to Hood and directly hit her magazine. Hood detonated and sank within 3 minutes. Only three sailors survived.

And bismark hit 7 shells against Prince of Wales.

Nobody might expect what happened to her three days later that. 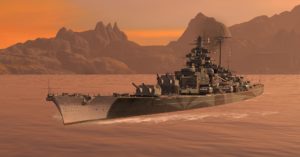 The No.2 battleship of Bismark class, Tirpitz. Her speed is 30.5 knots.

She deployed to Baltic Sea for countermeasure to U.S.S.R. Navy when commisioned.

After that, she deployed to Norwey, where she raided to U.S.S.R convoys.

She also conducted gunfire support against the ally millitary base, which was first and last time shoot main turrets.

In 1944, U.K. air force bomber hit her huge bomb twice, which set her on fire. She finally capsized and sunk. 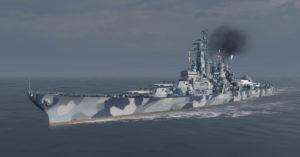 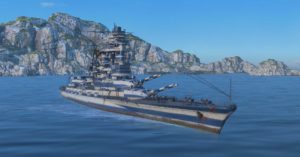 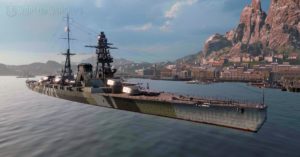 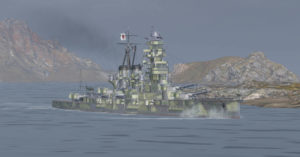 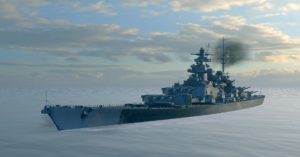 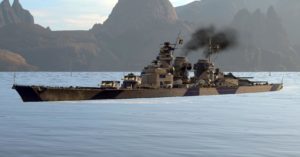 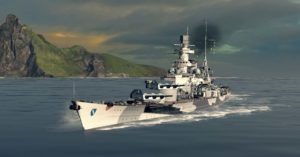 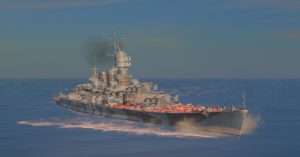 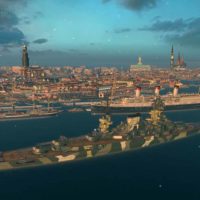 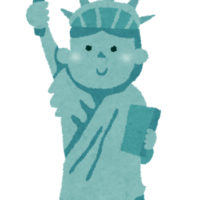