Today, I am going to feature the fastest cruisers in WOWS．

There are many ships implemented in WOWS, but little information is available which is the fastest cruiser.

(This article is based on the information dated 2019 Jan 21st. PictureⓒWargaming)

The ship does not have an engine boost, although she can run as fast as one has engine boost.

When ships run at the maximum speed around 39.0 knots, the smoke gets lowered like the picture shown above.

She has an impressive, nice dazzle camouflage. Historically this ship is built as AA cruiser, but WG implemented this ship as a fictional standard cruiser.

This ship has both defensive AA and hydroacoustic search.

USSR Tier6 promo ship Motolov. 36.0 knots. This ship has the same gun as of Tier9 Dmitri Donskoi, which is highly accurate and initial gun speed is very fast.

USSR Tier9 heavy cruiser Dmitri Donskoi. It looked like a slow ship, but it’s not. 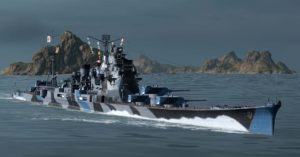 Do you have any opinion?

When you have any opinion on this article, feel free to write a comment in the below!!

As I am not a native English speaker, if some grammatical miss is seen, feel free to correct it. XD 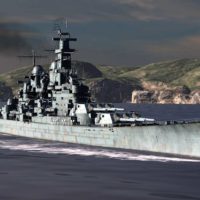